Does this look as though the invasive stink bug killed this bumblebee? Each morning I go around the pollinator gardens to count my bees and look for new species. I saw this bumblebee dangling from the underneath of the flower head of my bee balm. Wondering if it was trapped in a spider web, I set off to free it. Upon closer inspection, I found it was stabbed by a lurking a stink bug! At first, i thought it may be a case of Phoresy, but once I realized that the bee was dead that was ruled out.

From what I have read, these pesky stink bugs mostly eat plants and crops. I have never seen these bugs on my crops, fruit, or veg. Maybe that's because I have chickens, who eat them whenever they can. Chickens are the best biological bug control for my organic garden. They have full access to the veg garden, but NOT the pollinator gardens as I don't want them killing my native caterpillars.

I have seen these killing my caterpillars and destroying a monarch chrysalis. This was my first, shocking incidence of seeing them killing a bee and I wasn't happy. It's hard to tell from the video, but the stink bug was still alive with it's stinger (circled in red) stuck down quite far into the dead bumblebee. The proboscis of the bumblebee is fully extended. I removed the leaf just below the flower head of the bee balm with the stink bug, still attached, and alive. It appears as though the stink bug was under the leaf and attacked as the bumblebee was on the flower above. See the sceenshot below. I'm perplexed as to why this happened. The stink bug can't eat the bumblebee (to my knowledge.) Maybe it was a case of crossed paths down flukes road.

I kept the bumblebee. It's here with the other fallen bees that I have collected. I killed the invasive stink bug.

If anyone out there has seen this scenario, please email me. I would be curious to start a project in inaturalist to capture videos and pictures of what others have witnessed these bugs killing. 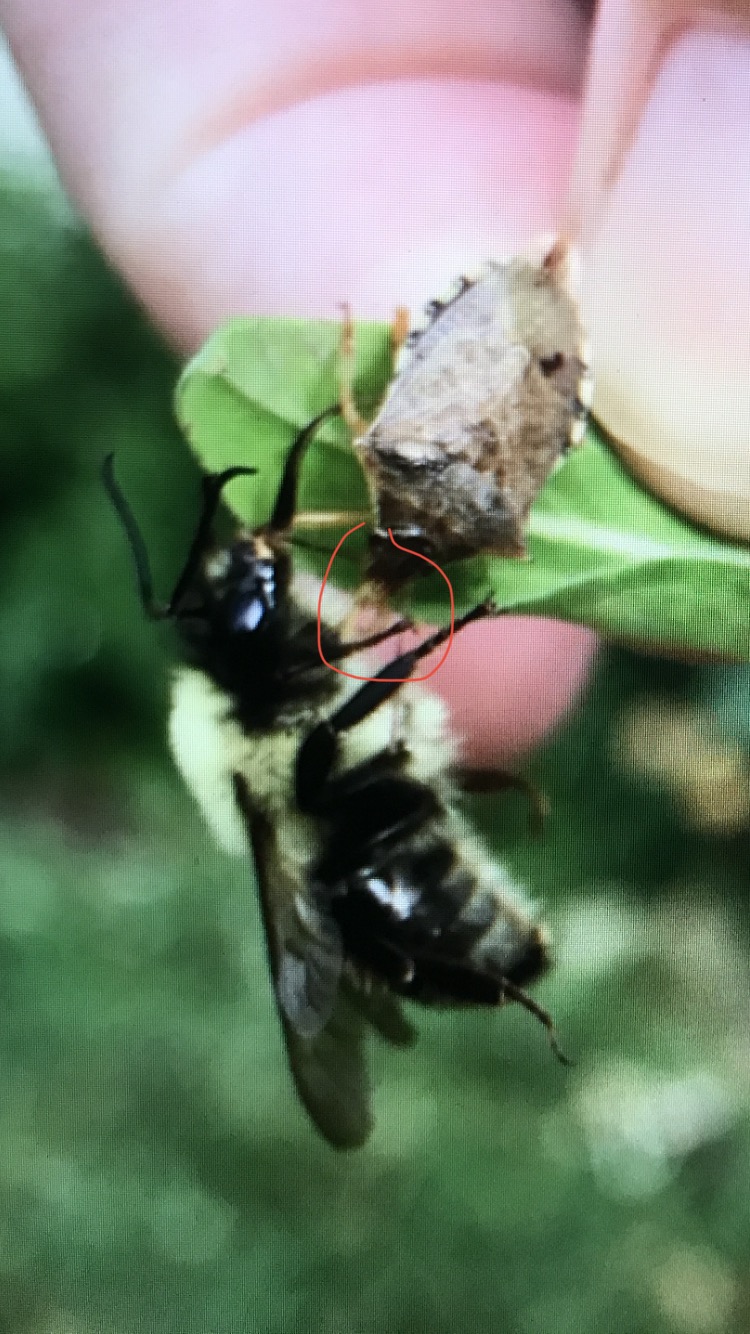